Bosch extends its position as a leading IoT company 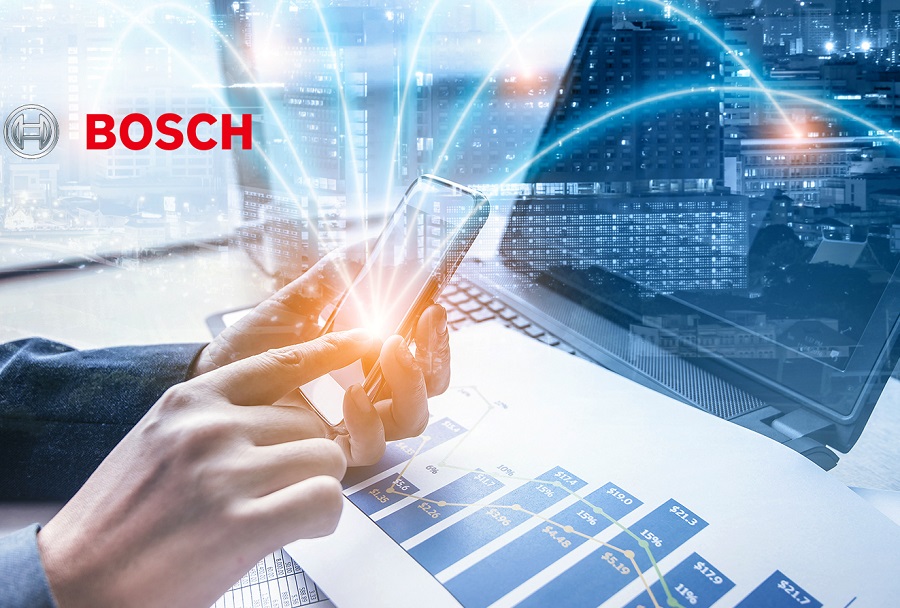 More and more, the internet of things (IoT) is changing our world. At CES 2019 in Las Vegas, Bosch is showing what it is already capable of today. From a concept for a shuttle vehicle that makes a new kind of mobility tangible, to fridges with connectivity that give advice on food storage, to smart lawn mowers that learn by doing â the spectrum of solutions Bosch is presenting at the worldâs largest consumer electronics show is huge.Â âBosch recognized the huge opportunities of the IoT early on. We have been actively shaping the connected world for nearly ten years now,âÂ says the Bosch board of management member Dr. Markus Heyn.Â âToday, we are a leading IoT company. Step by step, we have extended our software and IT expertise.â Using its own IoT cloud, the company has already carried out more than 270 projects in field such as mobility, smart homes, smart cities, and agriculture. The number of sensors and devices connected over the Bosch IoT Suite has risen nearly 40 percent since last year, and now stands at 8.5 million.

One of the keys to further growth and new business opportunities on the internet of things is artificial intelligence (AI). This is also a field in which Bosch is playing a decisive part in driving developments. âWe will best be able to unlock the potential of the IoT if we combine it with AI, and take our IoT and AI activities forward in parallel,â Heyn says. In his view, the relationship between the two fields is complementary:Â âThe IoT needs intelligence. The use of connected things to gather data can be a decisive boost for the development of AI. It is only through AI that connected things become intelligent and learn to draw their own conclusions. Above all, we aim to achieve concrete improvements in peopleâs real, everyday lives â things such as more time, more security, more efficiency, and more convenience.âÂ Here, Heyn cites the example of video-based fire detection: by using intelligent image analysis, security cameras are able to identify fires within a few seconds, even before the systemâs sensors detect heat and smoke. In this way, fires can be detected considerably earlier than with conventional fire or smoke alarm systems. This saves valuable minutes in which lives can be saved.

A second key to success on the path to the IoT age is partnerships. Here, Bosch is opting for a mix of traditional and new players. The alliance recently agreed with the Canadian platform provider Mojio has already resulted in the first integrated IoT platform for connected vehicles: in the event of an accident, a special Bosch algorithm can identify where and when the accident happened, and how severe it is. Via the Mojio cloud, the data are transmitted without any delay to the Bosch emergency service center, which automatically sends an emergency call to local rescue services. At the same time, a message is sent to a predetermined list of recipients, either as a text message or via the Mojio app.Â âTogether with Mojio, we are connecting vehicles directly with the cloud. This means rescue services can get to the scene of an accident even faster than before,â says Mike Mansuetti, the president of Bosch North America. From the middle of next year, the IoT emergency solution will be available for nearly a million drivers in North America and Europe.

IoT on the roads: Bosch presents connected mobility of the future

With the concept shuttle vehicle it developed in-house, Bosch is celebrating a world first at CES. In this vehicle, the company is presenting solutions for the automation, connectivity, and electrification of vehicles, and is giving visitors the chance to experience at first hand a new kind of mobility: driverless shuttles, which will soon be a feature on the streets of the worldâs cities.Â âThis will pay into our vision of mobility that is as emissions-free, accident-free, and stress-free as possible,â Heyn says. For shuttle-based mobility such as this, Bosch will be supplying not only components and systems, but also a complete range of mobility services, such as reservation, sharing, and connectivity platforms, as well as parking and recharging services. Bosch believes that such connected services are essential for the shuttle-based mobility of the future. The forecast market volume for these services is also high: while it was 47 billion euros in 2017, it is estimated that it will be as much as 140 billion euros by 2022 (source: PwC). Bosch also wants to have a share in this, and aims for significant double-digit growth with the solutions it offers. For Heyn, there is no doubt:Â âIn the future, every vehicle on the road will make use of Bosch digital services. We will consolidate them into a smart, seamlessly connected ecosystem.âÂ

One of the final obstacles for putting shuttle-based mobility into practice is the automation of vehicles in complex urban environments. Here, Bosch believes partnerships are the answer: In the second half of this year, San JosÃ© in Californiaâs Silicon Valley is set to become the pilot city for testing a fully automated, driverless ridesharing service provided by Bosch and Daimler. The three parties have already signed a letter of intent to this effect. With their development alliance, Bosch and Daimler want to improve urban traffic flows, enhance road safety, and provide an important building block for the traffic of the future. Their aim is to develop a driving system for fully automated driverless driving (SAE level 4/5) that is ready for production by the beginning of the next decade.

Itâs not just on the roads that connected products and services that make userâs lives easier are in demand.Â âWeâre working on the idea of a connected home, and on appliances that think autonomously and understand what users want,âÂ Heyn says. At CES, for example, the company is presenting a new function for web-enabled fridges that can recognize types of food and provide recommendations on storage. The interior camera automatically recognizes some 60 kinds of fruits and vegetables and suggests the ideal place to store them by means of an app. As a result, food is stored in the best possible way, stays fresh for longer, and doesnât have to be thrown away so often.

Another new development is the PAI projector, which can project a virtual user interface onto a kitchen counter top. An integrated 3D sensor captures any hand movements, allowing touch-screen operation of the interface. In this way, users can conveniently call up recipes online and make phone calls over the internet while they are cooking and baking. Designed especially for the kitchen environment, PAI does not have to be used with as much care as a smartphone or tablet. Even with sticky fingers, the projector can still be controlled perfectly. PAI is set to debut in China in February 2019, to be followed by market launch in the United States.

Bosch is also presenting the Indego S+, its new robot lawn mower with internet connectivity, at CES. It is one of the first robot lawn mowers in the market to offer voice control by Amazon Alexa. It is also the only robot lawn mower that can use weather forecasts on the web to automatically decide when best to mow the lawn again. Bosch is using artificial intelligence to improve the way its robot lawn mower recognizes obstacles on the lawn by evaluating data such as motor flow, acceleration, motor speed, and direction.Â âWe are using AI to make lawn care even easier and more convenient. Our vision is an Indego that adapts to its garden in order to mow the lawn perfectly every time,â Heyn says.

Bosch is also using CES 2019 to premiere its new IoT image campaign. The main plank of the campaign is a hip-hop video clip featuring a protagonist who is a savvy IoT user. Bosch is entering new territory with itsÂ âLike a BoschâÂ campaign; the decidedly different approach and tone marks a new departure for the company, which was founded in 1886. This PR move capitalizes on a rash ofÂ âlike a bossâ videos and memes that have gone viral on the internet, attracting tens of millions of clicks. These videos feature everyday people who stage bizarre stunts or find their way out of predicaments with technical finesse. The IoT image campaign changes a few letters in order to put a fresh spin on this internet phenomenon. The protagonist in the Bosch video is a young man who is always on top of things, thanks to connected solutions from Bosch. Smartphone in hand, he operates his car, lawn mower, or coffee machine in a cool, smart, and confident way â heâs in charge of thingsÂ âlike a Bosch.â