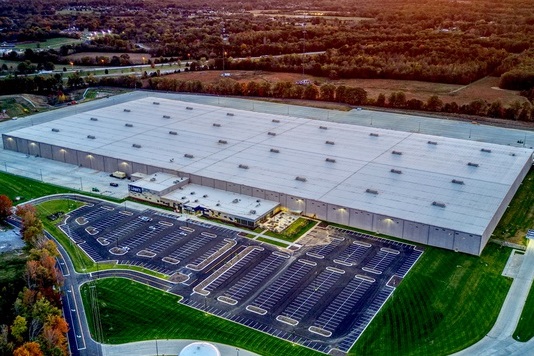 Supply chains canât be rebuilt overnight. Loweâs CEO Marvin Ellison knows this, and heâs not afraid to say it to analysts and investors alike. Still, after taking the wheel at Loweâs toÂ high expectationsÂ in June followed by a less-than-stellarÂ Black FridayÂ performance due to a major tech failure, Ellison needs to keep up the hopeful narrative of transformation his arrival at the company created.

He explained on his August earnings call that Loweâs supply chain would be crucial to the companyâs return to competitive glory. And on another call with investors and analysts Wednesday, Ellison and Executive Vice President for Supply Chain Donald Frieson went deeper into the work the retailer has ahead.

Frieson explained that the distribution and fulfillment network was built on a traditional hub-and-spoke model and not set up for the omnichannel age, which has essentially reached capacity, shifting the burden of inventory and fulfillment on the stores.

So how do you update an outdated system for the omnichannel age quickly without getting lost in the weeds of incremental improvement? Loweâs is betting that a 1.1-million-square-foot warehouse in greater Nashville is a good start.

The massive facility, large enough to contain 22 football fields, opened last week in Coopertown, Tennessee. The facility puts 75% of the U.S. within a two-day ship zone and can handle 100,000 packages a day in capacity.

Frieson called the warehouse “critical”Â to Loweâs operations.Â “It will relieve our DC capacity by handling break pack for the entire network,” said Frieson to investors Wednesday, adding that a second new facility on the West Coast is under consideration to bring 2-day shipping to the other 25% of the country.

Frieson said that this would be the retailer’s most technologically advanced facility yet.Â “It uses state-of-the-art automation, including sorting and goods-to-person picking technology that enable the facility to efficiently fulfill customer orders”.

But no facility, no matter how grand, can ensure the fast delivery that consumers demand and retailers are chasing in a vacuum.

Tennessee’s location makes it a popular pick for logistics facilities: A warehouse in Coopertown places the warehouse in between FedEx and UPS hubs.

But it also means Loweâs will need to compete with the greater Nashville area’s other major employers. Even before this warehouse opened, Loweâs had 2,500 employees in Nashville, and Frieson said the company has hired 200 of the 600 employees the company will hire by 2023 for the Coopertown facility alone.

“The abundant and well-skilled workforce in the Nashville region was one of the primary reasons we chose to open a fulfillment center there,”Â he said, adding: “The regional workforce is more than half a million strong, and Robertson County alone has a local labor force of 32,000 people.”

Specifically, in Robertson County where the warehouse is located, Freison said that warehouses arenât as common as other parts of the state. 60% of the workforce there leaves the county for work.

Loweâs is planning to compete for workers with what Freison described as “competitive”Â benefits and wages as well as opportunities for advancement.Â  He said that, “With a state-of-the-art fulfillment center and the growth opportunities at Loweâs, weâre confident weâll continue to find top talent to fill the 600 jobs the center will create by 2023,”.

Loweâs is going to spend $1.7 billion and five years making the switch for its old supply chain to a new one, according to Frieson. So as construction finishes up in Robertson county, the work for Loweâs is just beginning.

On Wednesday, CFO David Denton laid out the next few years: “In 2019, we will focus on stabilization and modernization. Then in 2020, we will deliver rapid functionality improvements and capability rollout. In 2021 and beyond, we will continue to make ongoing strategic investments in our business.”

Denton warned investors that financial evidence of all this work wonât be overwhelming in next yearâs earnings, but itâs necessary work.

“The only way you win is to serve customers the way they want to be served. â¦ Every minute counts once a customer places an order,”Â said Frieson.