The material that holds the world together

The material that holds the world together Cement is the most commonly used building material worldwide and is continuously growing. Cement manufacturers are however faced with challenges: complying with ever stricter environmental regulations, in an industry with some of the highest carbon dioxide emissions. They are also faced with permanently increasing cost pressures due to […] 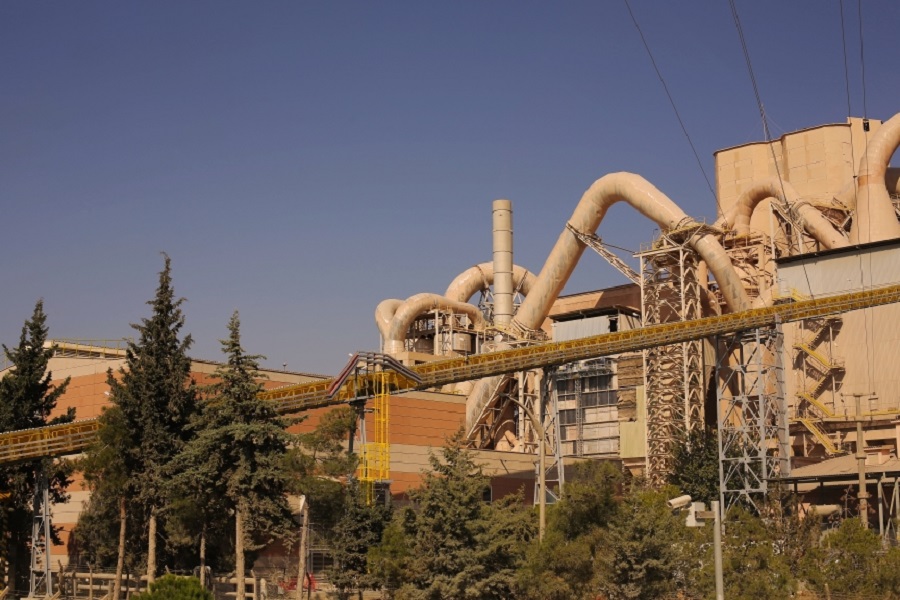 The material that holds the world together
Cement is the most commonly used building material worldwide and is continuously growing. Cement manufacturers are however faced with challenges: complying with ever stricter environmental regulations, in an industry with some of the highest carbon dioxide emissions. They are also faced with permanently increasing cost pressures due to excess capacities, especially from China. Many countries therefore import the material, instead of producing it. BEUMER Group supports cement manufacturers with systems and machines that are adapted to the market, increasing the efficiency of their systems and their competitiveness.

As the saying goes in the building industry: “Somewhere someone is always building something”. Whether it is in North America, Asia or Africa: large infrastructure projects require more and more material for buildings, streets, airports, bridges or dams. Since 1990, global cement production has almost quadrupled. About 4.17 million tons were produced worldwide in 2016. This growth is mainly coming from the development of the Asian markets, especially China. Despite growing cement sales, cement manufacturers worldwide face production overcapacities that have been built up during recent years especially in China. This decreases global cement and clinker prices. Due to these overcapacities, some countries focused more on the export of cement and clinker, an intermediate product when producing cement. At the same time, an increasing number of countries decide to import cement or clinker, instead of producing it domestically. In 2016, more than 150 countries imported cement and clinker.

One of these countries is Australia. Brisbane for example, the metropolis on the Pacific coast, is one of the fastest growing cities on the continent. Its population of about 2 million inhabitants is expected to double by 2056. Construction sites all over the city centre are witness to this progress. Skyscrapers are springing like mushrooms. Due to their strict environmental regulations and price pressures, Australia imports an increasing part of their demand for cement and especially clinker. The clinker is imported and then ground down to cement in Australia. The imported materials are coming from multiple countries including Indonesia, China and Vietnam. The cement and clinker imports are increasingly replacing the local production. In 2016, the utilisation of the domestic cement production capacities was only at around 57 percent.

Reduce environmental impacts, increase energy efficiency
When producing cement large quantities of carbon dioxide is emitted worldwide. These emissions occur during various processes, but the majority comes from emitting the CO2 from the limestone used to produce cement clinker.

Depending on the processes used, the carbon dioxide emissions from producing cement are at 0.6 – 0.99 t of CO2 per ton of cement. The CO2 emissions from producing cement are estimated to account for seven to eight percent of the overall global carbon dioxide emissions. Manufacturers can reduce these large quantities for example by partially substituting the cement clinker with alternative materials such as fly ash, clay or granulated blast-furnace slag.

Another approach to sustainably reduce greenhouse gas emissions and production costs is to increase the use of alternative fuels for the cement production. The alternative fuels are used as sources of energy instead of fossil fuels like coal and gas. Besides liquid materials like waste oil or solvents, the majority of the solid alternative fuels are composed of municipal and industrial waste, such as plastic, paper, composite material or textile mixes. Whole or shredded waste tyres are also used and made up 6 % of the alternative fuels used in Germany for the production of cement in 2016. The calorific value of the rubber from waste tyres is comparable to that from hard coal, and the iron from the reinforcement can be incorporated mineralogically into the cement. This minimises the addition of ferrous corrective substances.

Aalborg Portland A/S relies on these solutions for example. BEUMER Group provided a complete solution so the cement manufacturer can recover energy from different types of waste at its plant in Denmark. Different types of alternative fuels are used in the calciner and in the main burner. These fuels are made of varying compositions and are efficiently stored, conveyed and fed. The customer received all equipment from one source, thus having only one contact.

The oven-ready alternative fuels are delivered in moving-floor trailers. They are unloaded and then temporarily stored at the receiving station. Both lines receive the transported material from the storehouse via the moving floors that have been modernised by BEUMER Group. To enable the transport of the pre-processed fuels from the storehouse to the calciner and to the main burner, BEUMER Group supplied and installed one Pipe Conveyor as the heart of this system. Using the Pipe Conveyor to transport the fuels is quiet and low-maintenance; and the enclosed system is also emission-free and energy-efficient. The enclosed construction prevents material from falling and dust and odours from escaping into the environment. With an ability to navigate curves, the Pipe Conveyor requires considerably less transfer points compared to other belt conveyors. This allows for substantial capital cost savings for the customer and BEUMER Group can customise the system to the individual routing.

Transport – low on energy and environmentally friendly
The BEUMER Group belt conveyors, Pipe Conveyors and open troughed belt conveyors, are particularly suited for transporting bulk material through rough terrain. The overland conveyors come with horizontal and vertical curves, depending on the topography, and can be over 10 kilometres long. Angles of inclination of up to 15 degrees are possible, depending on the characteristics of the material to be transported. The throughput capacity of BEUMER Group conveying systems can be up to 10,000 tons per hour.

Trucks are still frequently used for greater distances. Depending on the nature of the terrain, however, they can rapidly reach their limits as they require well-developed roads and fuel, for example. The costs arising for construction, maintenance and possible extension of these roads are not insignificant. In addition, all of this implies serious landscape changes. The emissions caused by truck traffic are high, both with regard to toxic substances and to noise and dust.

The BEUMER Group belt conveyors are provided with environmentally safe electric drives and low-energy belts. Therefore, especially in times of climate change and increasing greenhouse gas emissions they are considered a ‘preferred option’. The motors – which, depending on the topography are run in motor-driven and regeneration mode – are mostly adjustable. This permits an optimum load distribution on the drive unit in different operating conditions. If the belt conveying system conveys downhill, the system works in generative operation. The generated electric energy is fed back into the public network by a regenerative feedback unit. This way the operating costs of the complete system can be further reduced.

Straight up
BEUMER Group provides different types of bucket elevators with low investment costs, a long service life and easy maintenance to ensure a cost-efficient production. The buckets are mounted either to a belt or a central chain, depending on the application. Thanks to consistent developments in the field of vertical conveying technology, BEUMER Group can provide each customer with the perfect solution, whether with belt or chain bucket elevators.

PACKAGING FOR SAFE TRANSPORT
Until the final completion of cement in the silo, the greatest part of the costs is associated with the transport. Cement is transported in bulk and in bags. The majority of cement worldwide is loaded in bulk via terminals on road and rail vehicles or on ships. Another not insignificant part of the material is transported bagged, palletised and packaged and then transported to the customer, often over large distances. For this BEUMER Group provides entire packaging lines. They consist of the BEUMER fillpac R which operates according to the impeller filling principle. The weighing electronics make it unique. The product is filled according to the gross weight principle, i.e. the bags are weighed during the filling process. The weighing electronics of the system ensure exact filling degrees of the bags. The system is complemented by the BEUMER bag placer and a state-of-the-art ream magazine. The fully automatic BEUMER paletpac layer palletisers then stack the bags reliably with a capacity of 5,500 bags per hour. The systems can be equipped with a twin-belt turning device, so the bags can be turned to the required position fast, gently and without affecting their dimensions. Its intelligent control involves the dimensions and weights of the bags in order to achieve an exact positioning preset by the respective packing pattern. The finished bag stacks are then transported over roller conveyors to the BEUMER stretch hood A packaging system.

Loading and palletising in one
To further reduce the costs, the trend goes towards higher degrees of automation in the fields of packaging and loading, also on emerging markets like India for example. The goal is to reduce personnel, especially in emerging countries, where the transhipment of bagged bulk goods is increasing and labour costs are climbing. In order to fully automatically load the bagged bulk material on trucks, BEUMER Group offers the loading and palletising system BEUMER autopac, that can load up to 3000 bags per hour without any problems. The machine simultaneously loads and stacks bagged goods directly on trucks, pallets are not necessary. This system makes the loading of bags on trucks particularly efficient and cost-effective. Using the BEUMER autopac can help save labour during the otherwise labour-intensive loading of cement bags. BEUMER products are also suitable for loading waggons and ships. BEUMER Group machines and systems help cement manufacturers worldwide to produce efficiently despite increasing cost pressure and strict environmental regulations.