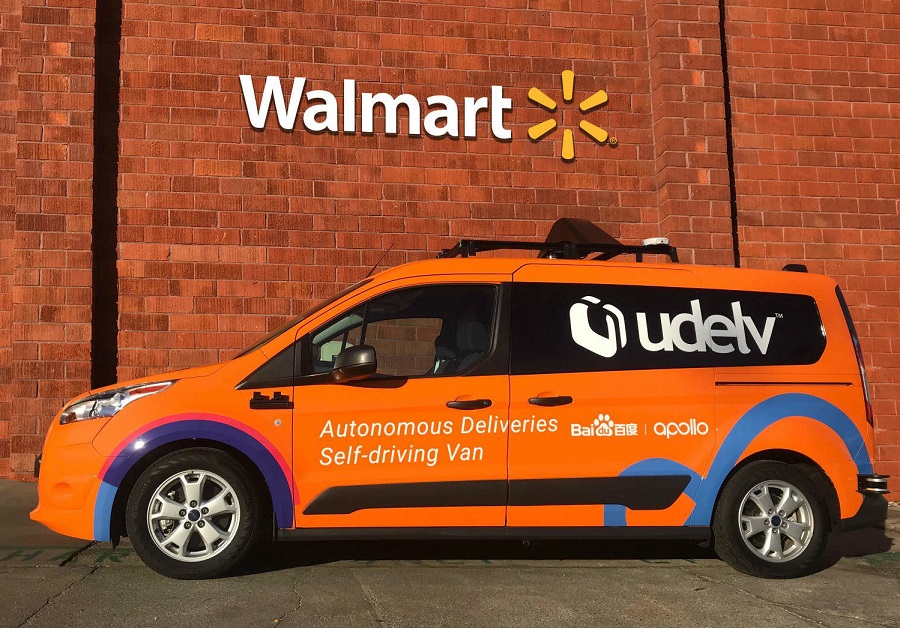 Walmart is expanding its experiments with self-driving grocery deliveries courtesy of a new trial in Surprise, Arizona. In the wake of its partnership withÂ Ford, the retailer’s latest pilot will use startupÂ Udelv‘s autonomous cargo vans “custom-made” for food drop-offs.

When the trial kicks off later this month, Walmart customers can have their groceries driven over by Udelv’s second-generation vehicles (dubbed “The Newton“) by placing orders online. The driverless vans are powered by Chinese internet giantÂ Baidu‘s updated self-driving platform, Apollo 3.5.

Walmart claims it has a store within five miles ofÂ 70 percentÂ of the US population. And, outside the realm of trials, it pushed to make deliveries toÂ 100 citiesÂ by the end of 2018 — with help fromÂ PostmatesÂ andÂ DoorDash. That could be down to theÂ Amazon PrimeÂ effect, but Walmart’s brick-and-mortar empire means it has different challenges to overcome than its e-commerce rival. After halting its deliveries withÂ UberÂ last year, andÂ hiccupswith its employee-based dispatches, it’s clearly banking on self-driving cars as the future.