Dematic: A Pioneer of Intralogistics Celebrates its 200th Anniversary 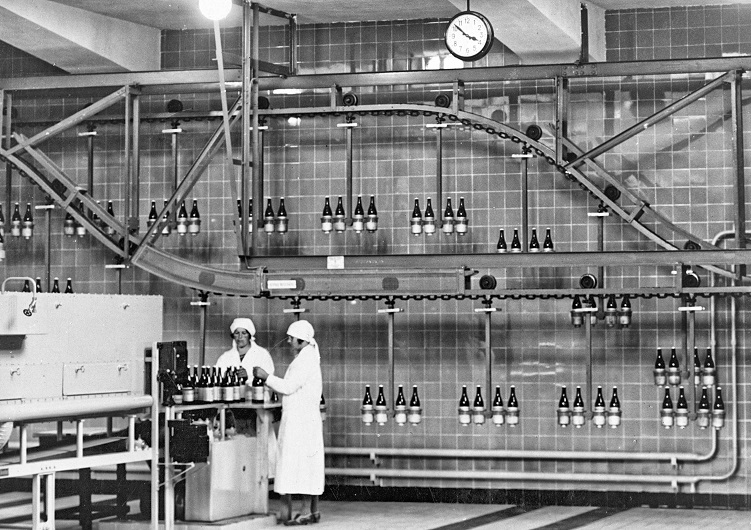 “Dematic looks back over a long tradition. Our innovative strength has decisively shaped the history of intralogistics. We continue to make that claim today,” says Rainer Buchmann, CEO of Dematic Central Europe. After the first mechanical loom in 1784 ushered in the first phase of the Industrial Revolution, the Mechanische WerkstÃ¤tten Harkort & Co. early on also relied on water and steam-powered production plants. Already in 1819, the company developed the first steam-powered crane and produced indoor cranes in series starting in 1840.

With the introduction of electricity as a source of power in 1870, the second phase of the Industrial Revolution began. The internal combustion engine replaced the steam engine, and the chemical and electrical engineering industries developed into new leading sectors. Influenced by the resulting possibilities, another forerunner company was founded in 1900 with the StÃ¶hr Elevatorenfabrik, which specialised in continuous conveyors, elevators and bucket conveyors. In 1922 – about half a century before the start of the third Industrial Revolution – the company built its first mobile conveyor belt. A few years later, StÃ¶hr developed the first suspended conveyor technology. This was an advance that enabled far more effective use of space in the factories. At the end of the 1950s, StÃ¶hr created a paradigm shift in intralogistics with the world’s first storage and retrieval system. Three years later, the company built the first fully automated warehouse for Bertelsmann, processing up to 15,000 orders a day. While the company was renamed StÃ¶hr FÃ¶rderanlagen Salzer GmbH in 1968, it also changed its focus from a pure product provider to a fully-fledged solutions provider, with the goal of supplying customers with complete systems.

The third Industrial Revolution began in 1970 when the first programmable logic controller (PLC) named Modicon 084 was launched. For the first time, machines and systems were digitally controlled and operated with this device. To date, PLCs have been widely used in automation technology. Three years later, Mannesmann AG, which in the meantime had taken over StÃ¶hr, revolutionised the construction of distribution centres with the world’s first automated high-bay warehouse. In 1990, the company finally rose to become the global market leader in conveyor technology. Five years later, Mannesmann Demag was the world’s first complete supplier of intralogistics.

At the turn of the millennium, the fourth phase of the Industrial Revolution began with a primary focus on cyber-physical systems. These ensure decentralised dynamic control and the networking of all components via the Internet, mobile computers and cloud computing. After 2005, when Dematic GmbH & Co. KG was established as an independent enterprise, the intralogistics automation company revamped the market for automated small parts storage at that time and invented the Dematic Multishuttle. In 2011, the company once again demonstrated its innovative strength and presented the RapidStore storage and retrieval unit, the RapidPick order picking station, the Multishuttle Flex and the DC Director warehouse management software. The second generation of the Dematic Multishuttle, introduced in 2012, was lighter, faster and even more powerful.

Today Dematic is one of the leading providers of integrated automation technology, software and services for optimising the supply chain. “The greatest success of our company, however, is the fact that we have always succeeded in influencing the market in an innovative way and in retaining both qualified and committed employees. Without them we could not celebrate our 200th anniversary this year,” says Rainer Buchmann. “Over the years, our corporate values of integrity, collaboration, courage and excellence have shaped us.”

Further information about Dematic can be found at www.dematic.com