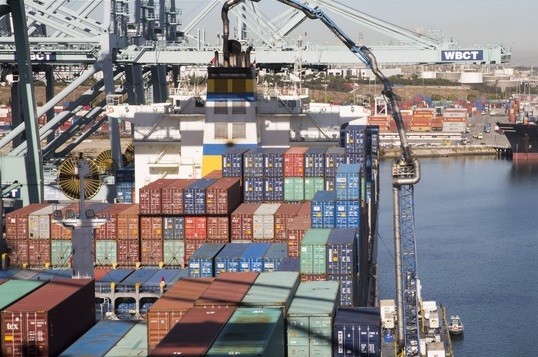 IBM and Sigfox, an internet of things (IoT) service provider, have launched a digital “Track and Trace”Â solution for French auto manufacturer Groupe PSAâs container shipping operations. “This ‘Track & Trace’Â system allows us to know, individually and in detail, where our containers are located,”Â YannÂ Vincent,Â Groupe PSA EVP of Manufacturing & Supply Chain,Â said. He added the sensor-enabled containers help to prevent breakdowns, reduce waste and optimize container rotations. The initiative currently tracks containers in transit between select suppliers and factories for GroupeÂ PSA.The partners plan to roll out the platform to other European manufacturers this year.

TheÂ rapidly expanding numberÂ of IoT applications has opened a wealth of opportunities for warehousing, tracking inventory, monitoring asset health and optimizing transit routes. However, as the push forÂ 5G networksÂ has shown, smarter and faster broadband connections are needed to handle transmitting and analyzing this newly generated data in real time.

IBM and Sigfoxâs “Track and Trace”Â initiative attempts to get ahead of this problem by combining IBMâs existing IoT cloud platform with Sigfoxâs “0G” data transmission technology.

The 0G technology acts as a backup link to keep IoT data moving over 3, 4, and 5G networks in the event any one of them is compromised or loses bandwidth. It complements existing cellular networks and doesn’t require users to alter their existing devices in order to take advantage of it, RamÃ©Â said.

This 0G network may be the key factor that sets up “Track and Trace” to be uniquely effective in managing IoT data on an enterprise scale.Â “It is a real disruption and a new step in the digitalization of the Supply Chain,” Vincent said.